PDTC boasts the only squash court in the Coachella Valley 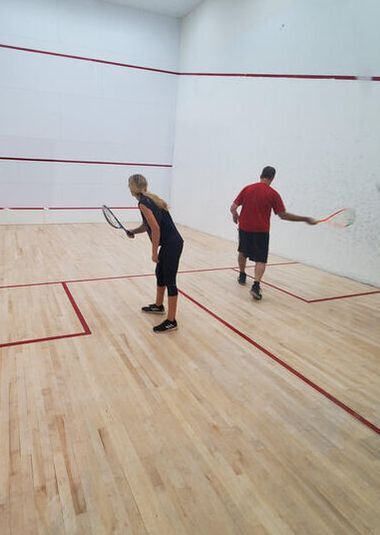 ​Squash is a racket and ball played by two players in a four-walled court with a small, hollow rubber ball. The players alternate in striking the ball with their rackets onto the playable surfaces of the four walls of the court. The objective of the game is to hit the ball in such a way that the opponent is not able to play a valid return. 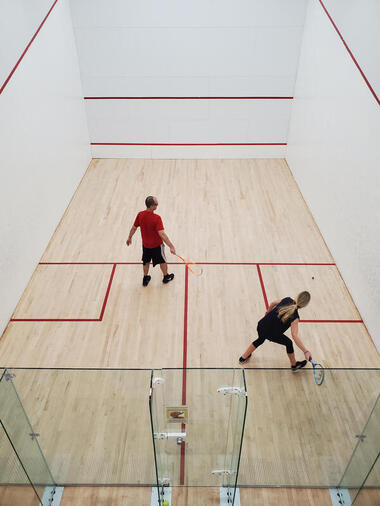 Air-conditioned and well-lit, this additional amenity to the Club allows indoor play when raining or during the heat of the summer.